Humans have been experimenting with glass since its inception. These scientific researches soon gained popularity for their optical implications.

The old binoculars were made of brass housing covers. They were heavy in weight and quite expensive to produce. However, with time and changes in technology, came the invention of Modern-day binoculars. 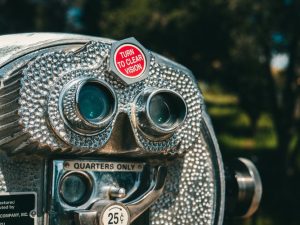 The contemporary binoculars are mainly manufactured from aluminum coated with silicon or a leather-like material known as gutta-percha. The lenses and prisms are made from glass and have an anti-reflective coating for protection.

Binoculars are quite similar to telescopes, one for each eye that is assembled together. They are relatively made smaller to allow you to use them with hands, thus enhancing the mobility.

Have you ever wondered how these magical devices that make the world small are produced?

Here are some amazing insights explaining how binoculars are made.

And that’s how a binocular is put to shape!